Get the L Out new research LESBIANS AT GROUND ZERO revealed that lesbians are routinely being coerced into sexual relations with transwomen. The report includes findings of a survey which shows lesbians are under huge pressure within GBT communities to accept without question that “transwoman are women.” Lesbians who responded to the survey reported a wide variety of sexual violence by transwomen, including sexual harassment, sexual assault and rape.

Get the L Out calls on mainstream GBT organisations to take a stand against the harassment and assault of lesbians by “transwomen”, describing the current situation as akin to ‘corrective rape’ and ‘conversion therapy.’’

we are excited to announce that LESBIANS AT GROUND ZERO is also available in German! 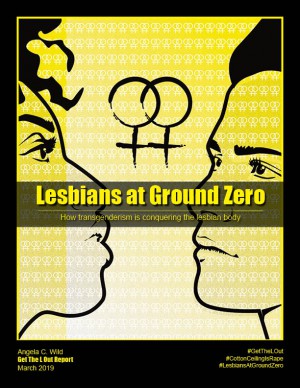 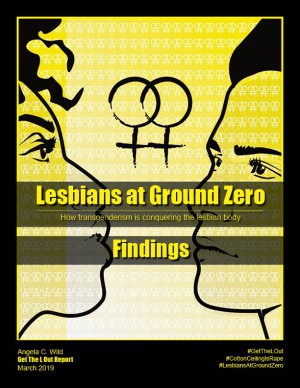 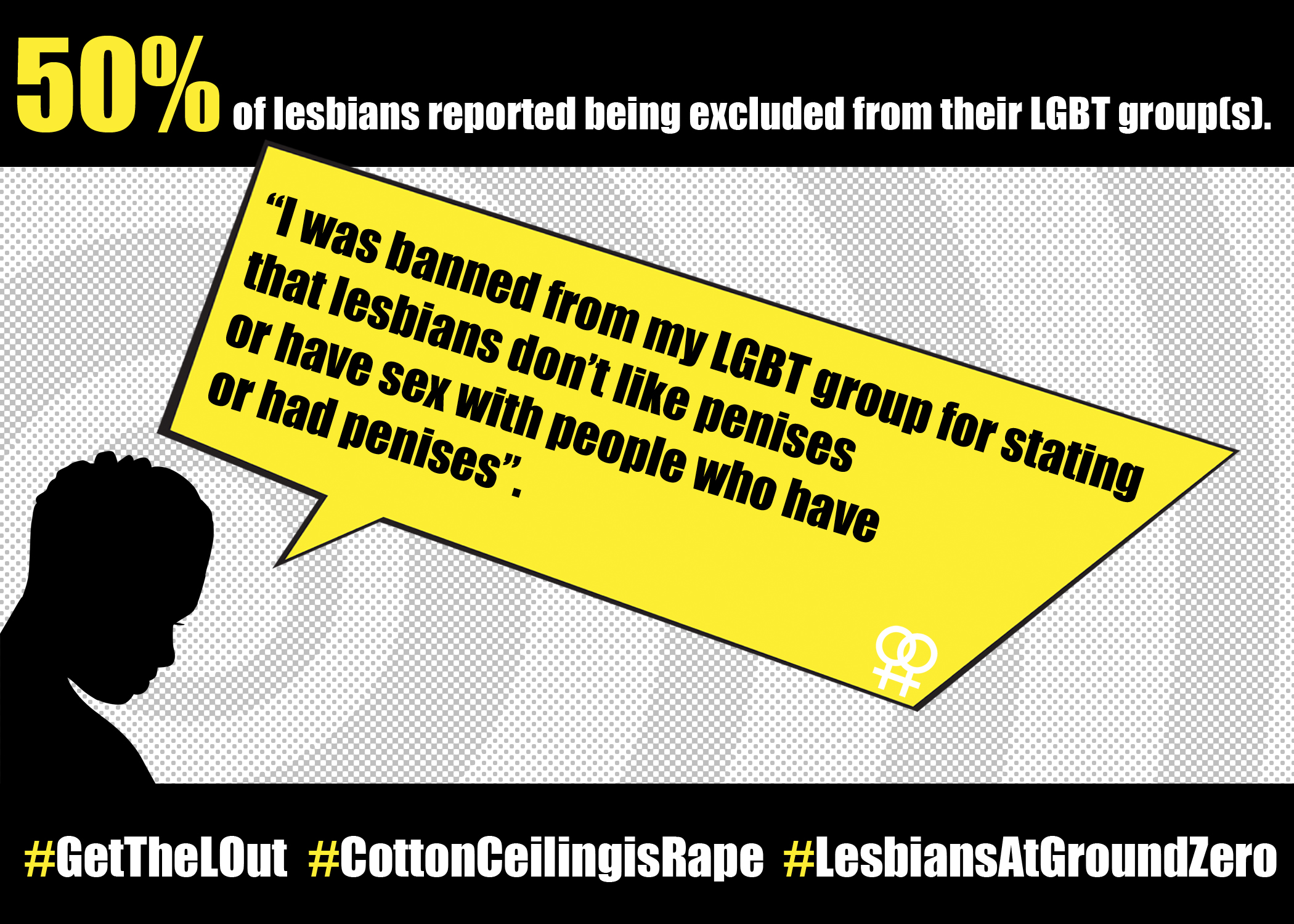 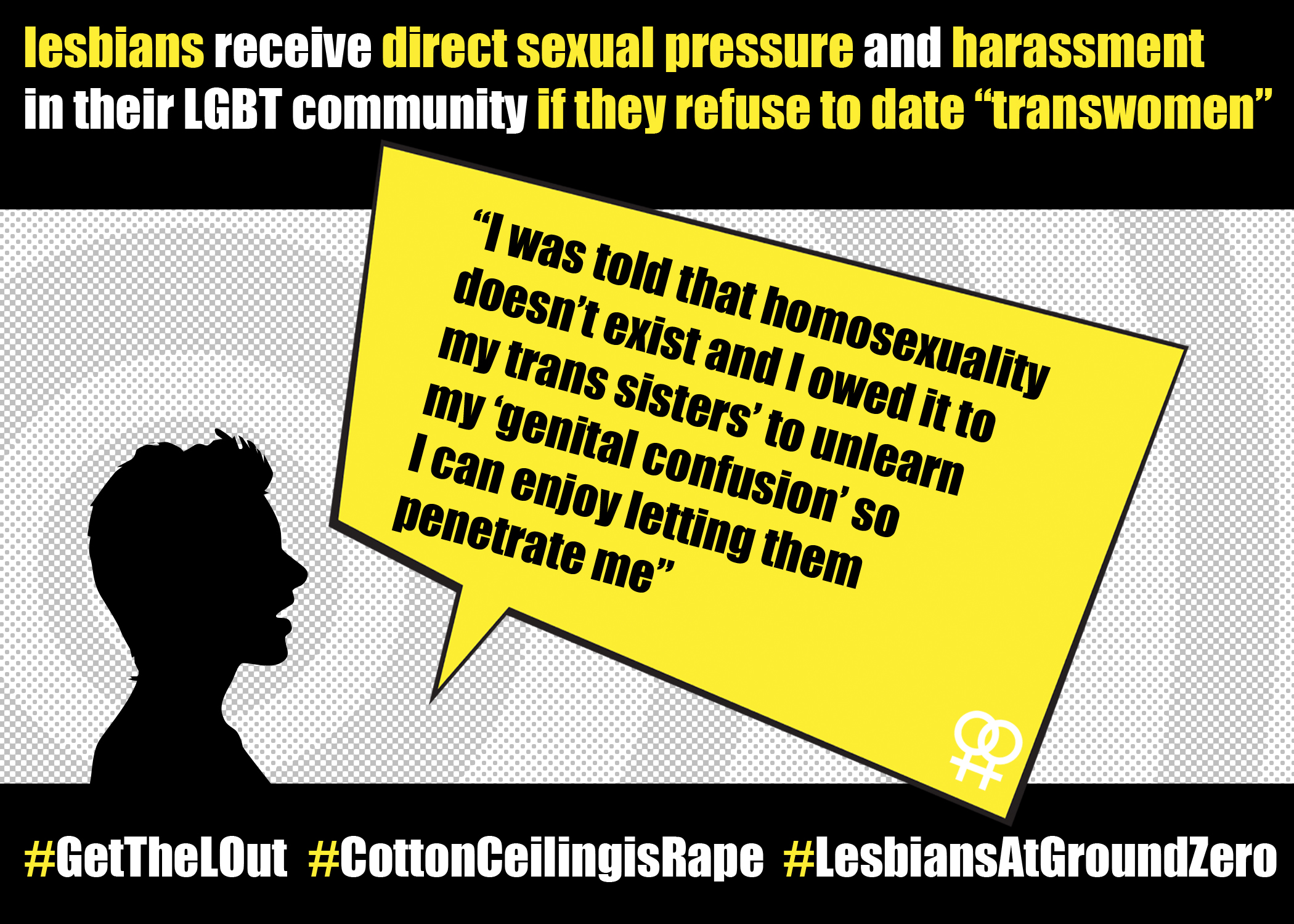 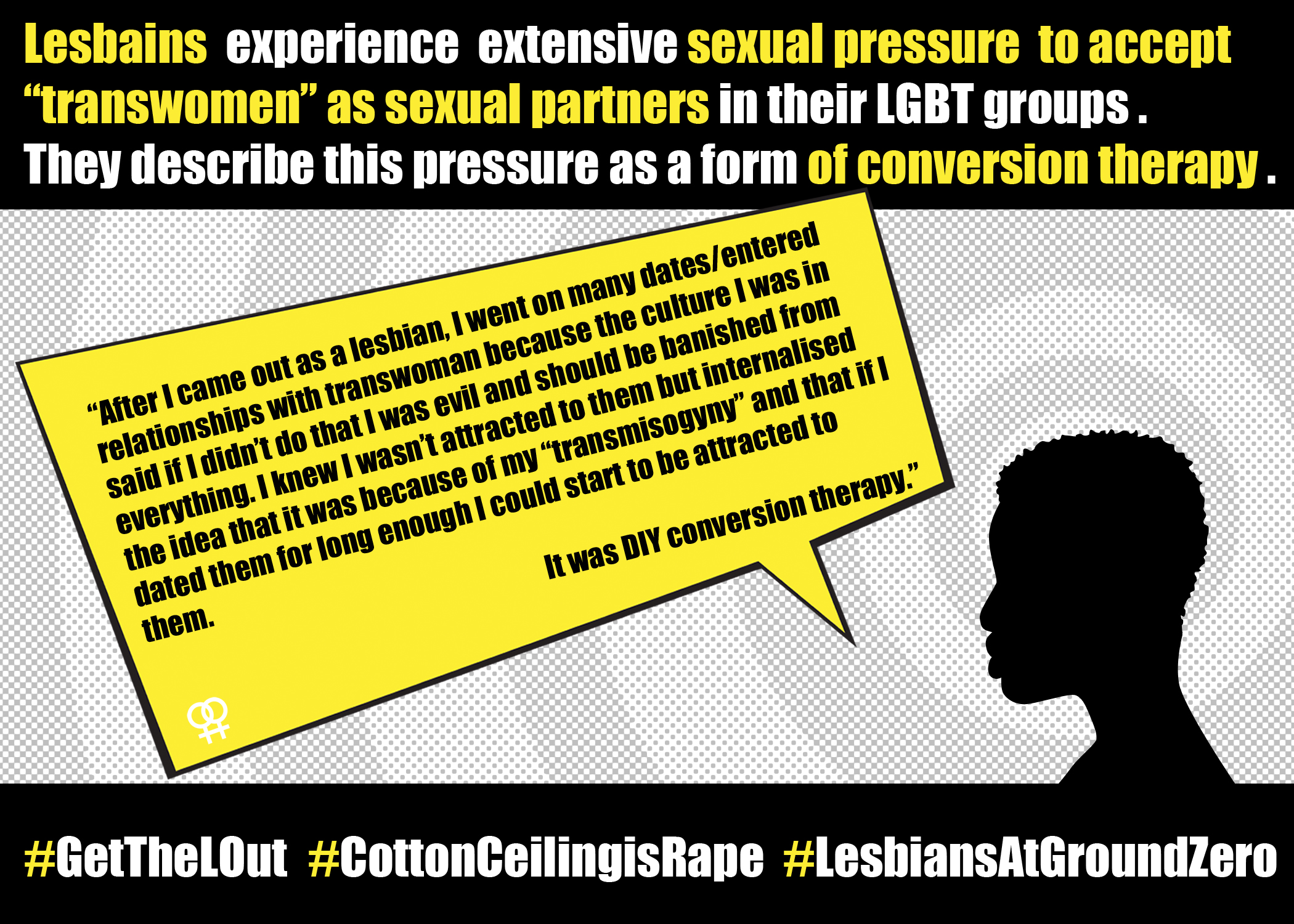 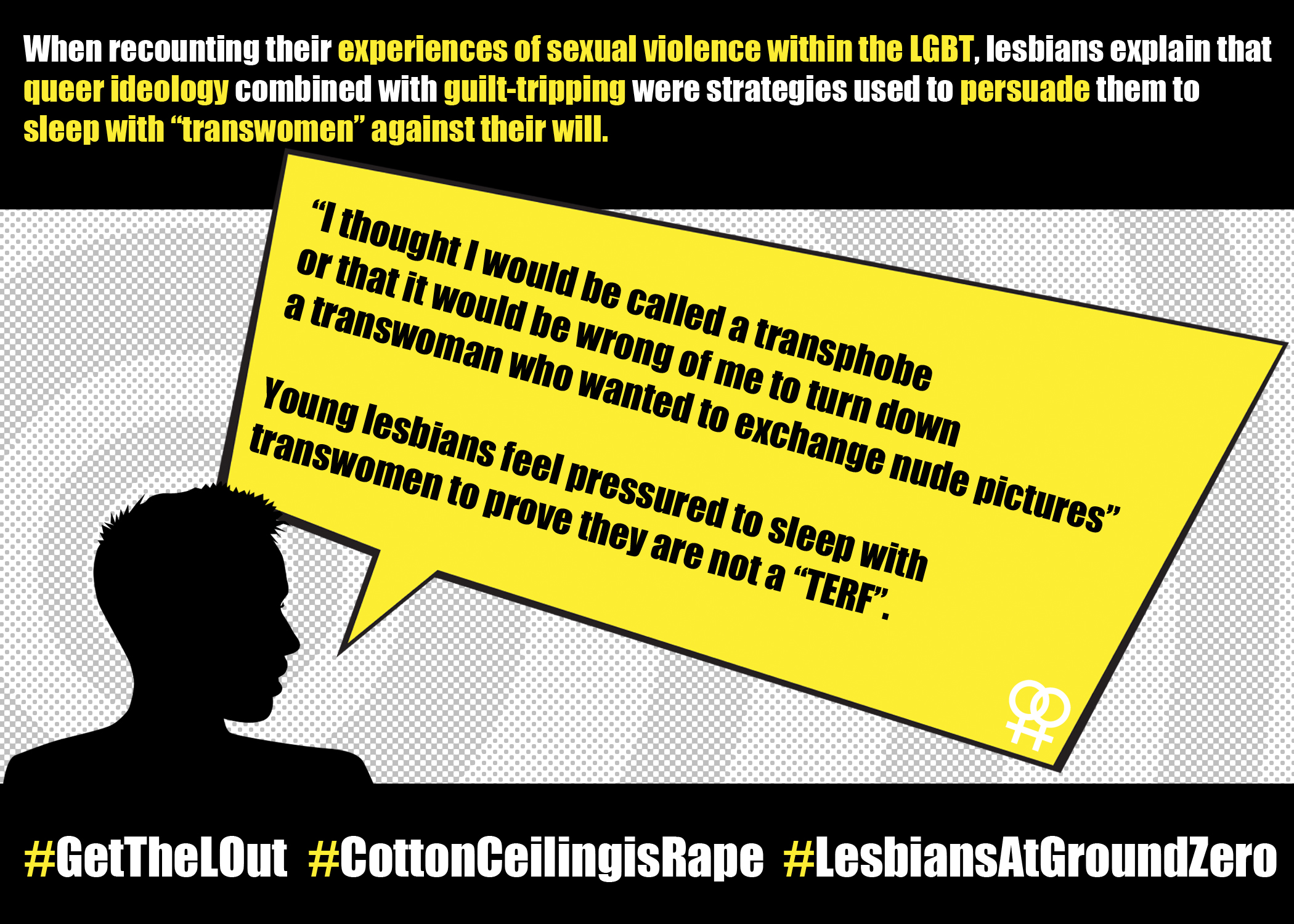 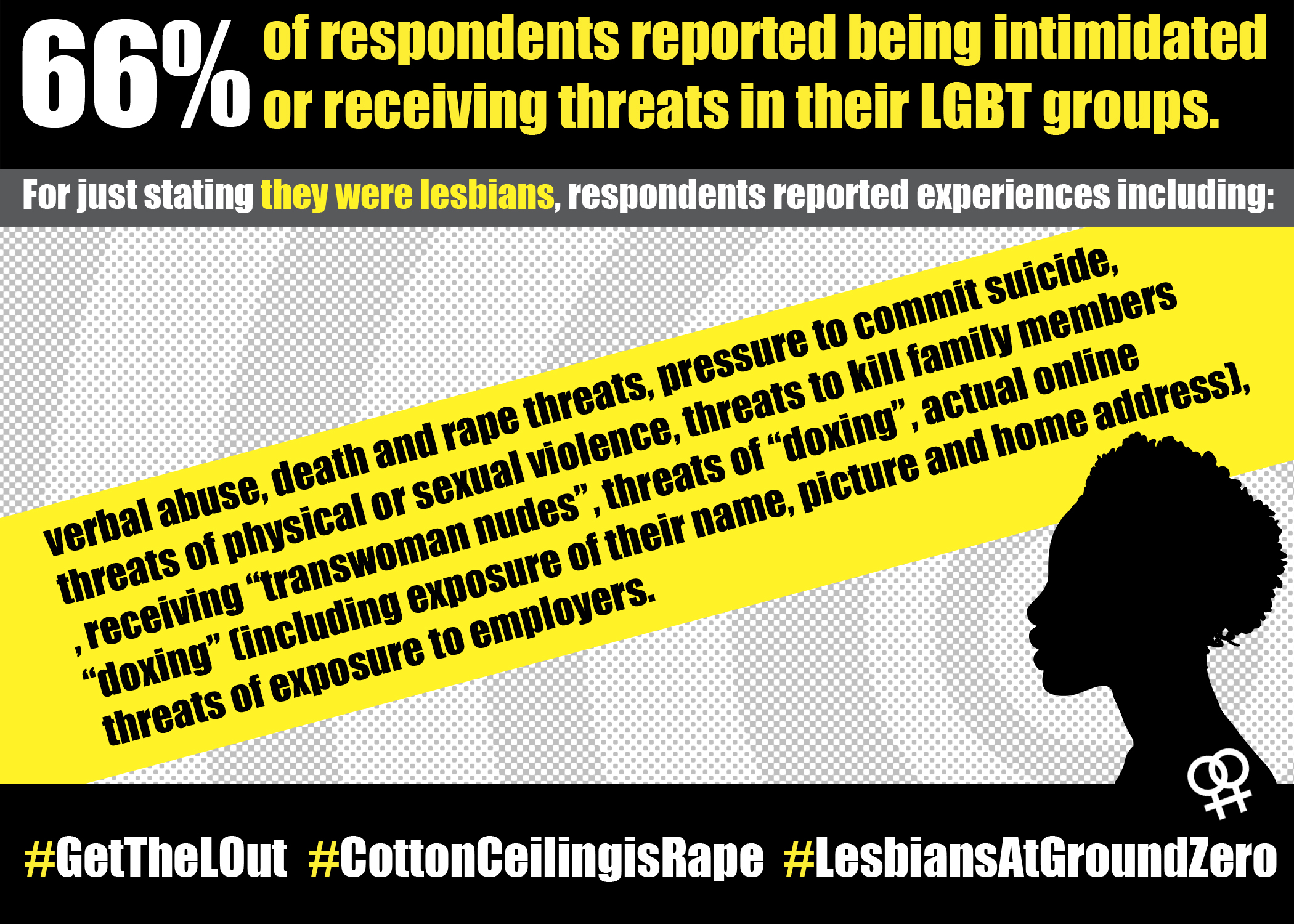 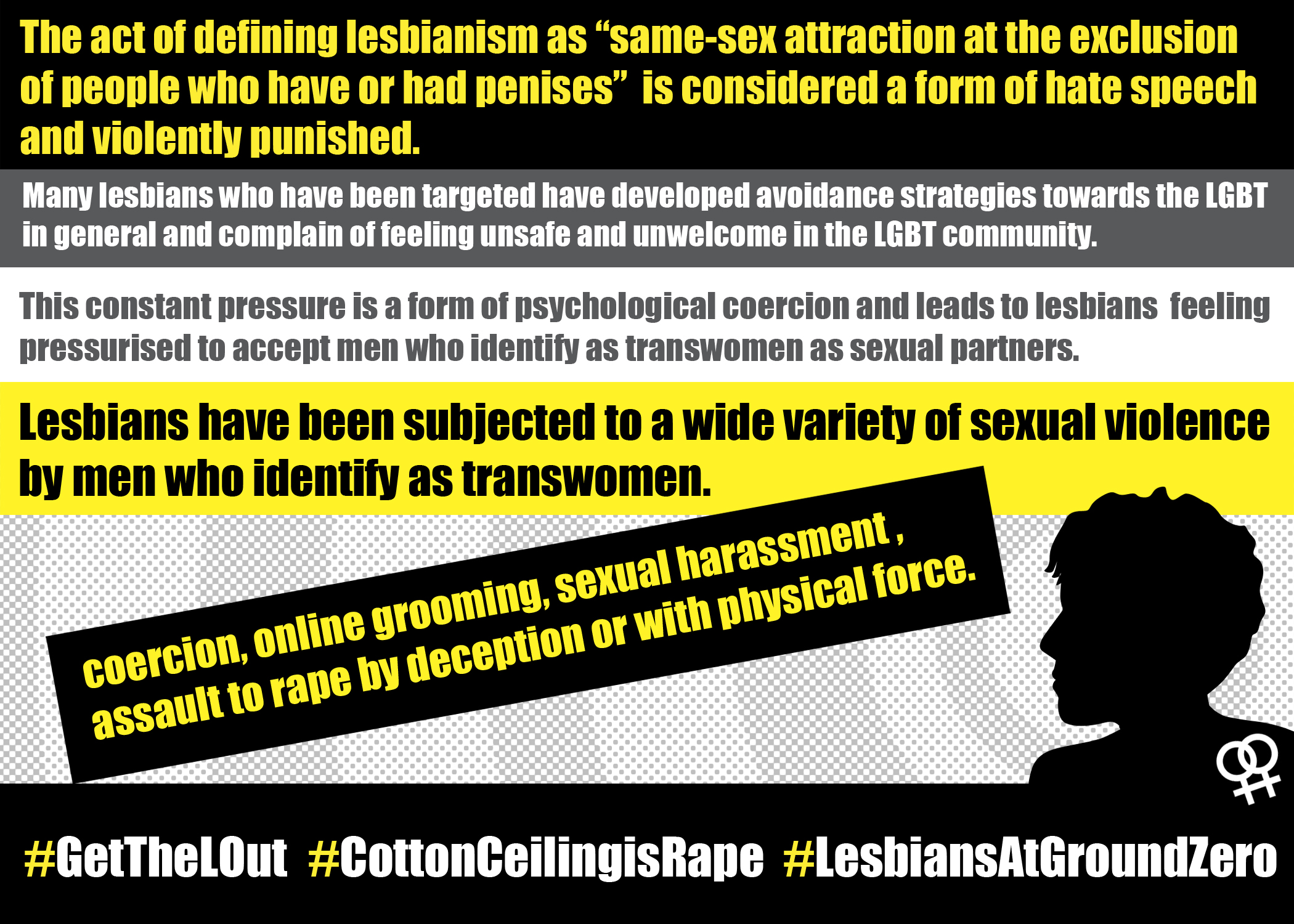 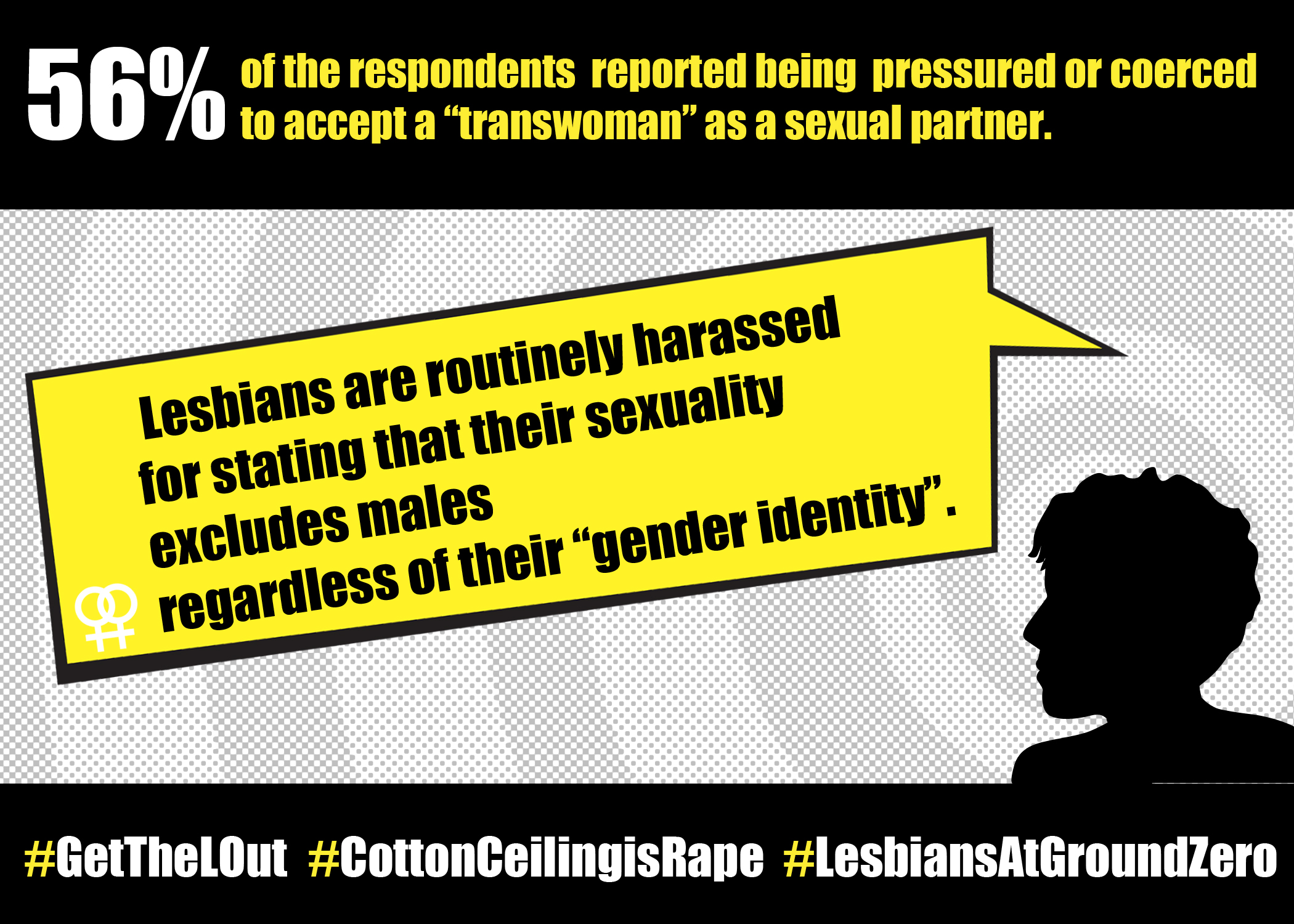 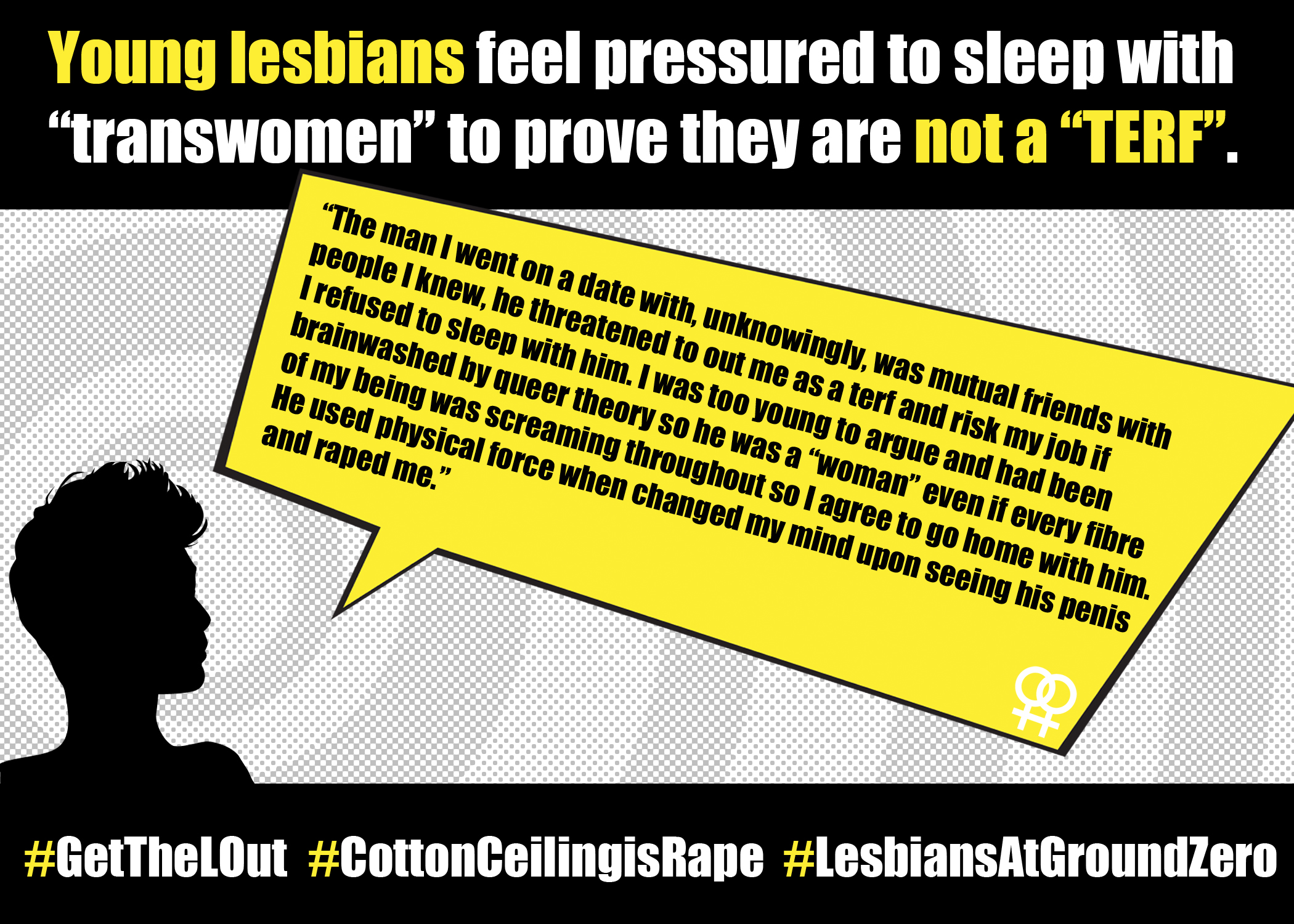 Printed copies of the Lesbians At Ground Zero report in English are available to order.

Payment can be made by paypal GetTheLoutUK@gmail.com
Please don’t forget to specify your full address!

Contact us directly at gettheloutuk@gmail.com if you need a paypal invoice

*This covers the cost of printing and a few pennies more. Any extra money you are donating will be directly attributed to our next actions.