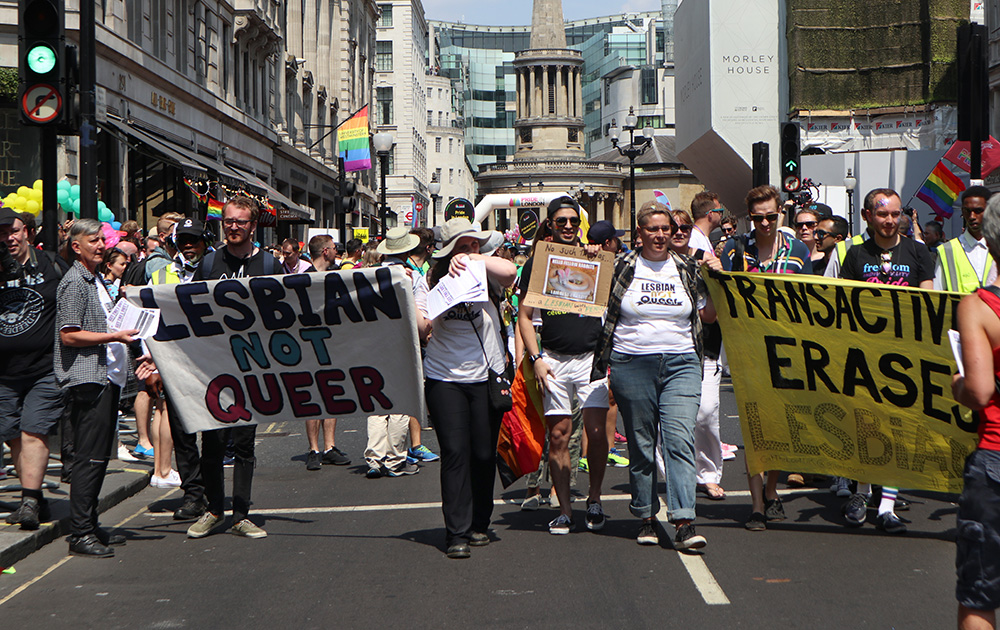 We are a grassroots lesbian radical feminist activist group aiming at creating an autonomous lesbian community and an uncompromising lesbian visibility that is not controlled by men’s desires and visions of who we are.
*
We strongly argue that the only way to end anti-lesbianism is to get the L out of the “GBT community” and build women-centred alliances with all lesbians and feminists willing to end male domination and women’s oppression.
*
We stand against any kind of misogynistic politics and systems that prioritise men’s interests: queer politics and transgenderism, right-wing politics, left-wing politics, patriarchal & religious institutions, men’s rights activism, racism & imperialism, and capitalism.
*
Our organising is fundamentally horizontal. This means that we have no leader and that there is no         hierarchy between the organisers.
We are witnessing how transactivism erases lesbians, and silences and demonises lesbians who dare to speak out.
We will not be silenced! Lesbians exclusively love & desire women!

The LGBT community, including Pride events and marches, are denying the definition of lesbianism,
defining lesbianism’s exclusive same-sex attraction as hate-speech.
The LGBT community is coercing lesbians to accept penises as female organs
and heterosexual intercourse as a lesbian sexual practice.
We oppose this manipulative ideology and denounce it as a form of rape culture aimed at lesbians, as well as a form of
conversion therapy.

Transition harms lesbians
Trans-ideology with the support of the LGBT community promotes the medical transition of lesbians and pushes
harmful drugs and unnecessary medical practices on lesbians’ healthy bodies. These are a form of misogynist medical
abuse against lesbians.

Medical transition is imposed on girls who don’t conform to sexist stereotypes.

Since 2011, girls represent the majority of children referred to gender identity clinics with a rise of more than
4000% in the UK in the last 10 years (from 40 girls under 18 in 2009/2010 to 1806 in 2017/2018)
•
95% of of girls referred to gender identity clinics and persisted in gender dysphoria in the Netherlands in 2013 disclose being exclusively same-sex attracted.
•
These girls are offered cross-sex hormones by the age of 16 & surgery as young as 18.
•
Most women who detransition felt they were given inadequate counselling and information about transitioning.

Harmful secondary effects of testosterone on women and girls: 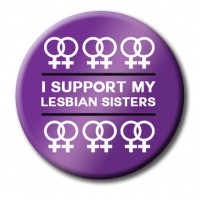